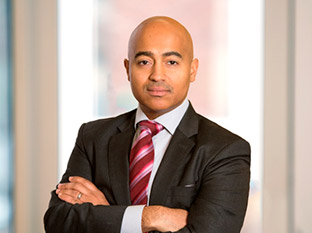 Travis LeBlanc is a leading authority on consumer protection, cybersecurity, privacy, telecommunications, and the regulation of emerging and disruptive technologies. Drawing on his broad experience in federal and state government, he helps clients manage their litigation, regulatory risk, and strategic responses to government enforcement efforts, including the growing number of enforcement matters before state attorneys general. LeBlanc also advises clients on crisis response, internal investigations, and compliance. In August 2017, he was selected by the U.S. Department of Commerce and the European Commission as an arbitrator for the EU-U.S. Privacy Shield Framework.

Previously, he served as a senior advisor to California Attorney General Kamala D. Harris and as Special Assistant Attorney General, where he oversaw the state’s complex litigation and policy in areas such as technology regulation, high-tech crime, cybersecurity, privacy, intellectual property, antitrust, health care, telecommunications, and human trafficking. He served in the Obama Administration as an attorney in the U.S. Department of Justice’s Office of Legal Counsel, which advises the President, Attorney General, and executive branches on the constitutionality and legality of the programs and activities of the U.S. government.

LeBlanc is a member of the American Law Institute and affiliated with the Berkman Klein Center for Internet & Society at Harvard University, where he serves as an advisor for the AGTech Forum.