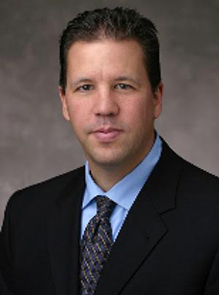 Professor Doron Kalir joined the Cleveland-Marshall faculty in 2012. He runs the Appellant Clinic and also teaches courses in legal ethics, federal courts, and contracts. As a Clinical Professor, together with his students, Professor Kalir has been representing under-privileged clients – both individual and organizations – before state, federal, and immigration courts at all levels, from a municipal court in Defiance, Ohio, to the United States Supreme Court. An Amicus Brief he co-authored was cited by the Sixth Circuit Court of Appeals in a seminal transgender-rights case.

Professor Kalir is a volunteer lecturer at B’nai Jeshurun Congregation, where he frequently teaches a lesson on the Portion of the Week; he is also a Board Member of the Cleveland Chapters of Hillel – Jewish Students Organizations, Anti Defamation League, and American Constitutional Society. He is also a member of the Academic Engagement Network, where he is on the Speakers’ Bureau.

Professor Kalir was born and raised in Israel, where he completed a full military service before attending law school at the Hebrew University in Jerusalem. He later studied and taught the LL.M Program at Columbia University in New York, and worked in private practice – mostly for Skadden, Arps – for several years before moving to Cleveland.