Mark Sundahl is a Professor at Cleveland-Marshall College of Law, where he teaches International Business Transactions, Commercial Law, Space Law, and Ancient Athenian Law. Prof. Sundahl is a leading expert on the law of outer space and focuses primarily on the business, legal, and policy issues arising from the recent increase in private space activity. He has lectured around the world on space law and his writings have appeared in leading academic journals. He currently serves as a member of the Commercial Space Transportation Advisory Committee (COMSTAC) which advises the Federal Aviation Administration regarding new regulations governing private space activity. He is also a Member (and former Assistant Secretary) of the International Institute of Space Law (headquartered in Paris) and was a member of the UNIDROIT working group that was charged with drafting a new international treaty on the finance of satellites and other space assets—the Space Assets Protocol to the Convention on International Interests in Mobile Equipment.

Prof. Sundahl holds a J.D. from the University of California, Hastings College of the Law and a Ph.D. in Classics from Brown University. Prior to joining the faculty at Cleveland-Marshall, he was an associate in the International Transactions Group at Pillsbury Winthrop Shaw Pittman LLP in San Francisco. He currently serves as Of Counsel to the Law Offices of Jon P. Yormick Co., L.P.A. 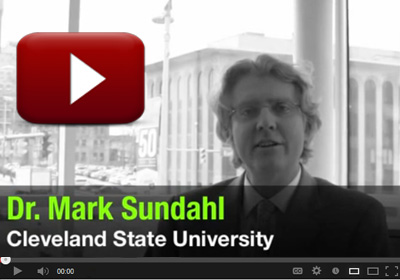