Mr. Sager holds a B.A. in Mathematics from Western Maryland College and an M.S. in Computer Science from The Johns Hopkins University. 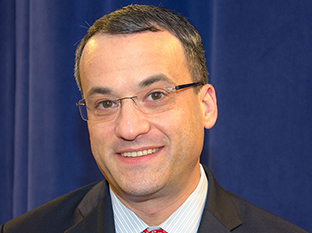 Jim Trilling is a senior attorney in the Federal Trade Commission’s Division of Privacy and Identity Protection, where he leads policy initiatives, investigations, and litigation. He has played leading roles in numerous FTC privacy and data security matters, including the FTC’s cases against Everalbum, Inc., Uber Technologies, Inc., Wyndham Hotels and Resorts, LLC, and CyberSpy Software, LLC. He served a two-year detail as counsel to the U.S. Senate Committee on Commerce, Science, and Transportation, where he conducted investigations and worked on legislative proposals regarding privacy, data security, and a variety of other issues. Before joining the FTC, he litigated cases in private practice and clerked for Judge David F. Hamilton.