Please RSVP to Amy Miller, Director of Alumni and Donor Relations, at a.l.miller86null@csuohio.nulledu or 216-687-2537. Actor and producer Michael K. Williams (Omar Little from The Wire, Chalky White from Boardwalk Empire) brings his HBO VICE documentary, “Raised in the System” to the Cleveland-Marshall College of Law.  Williams will screen his one-hour documentary on the people impacted by the juvenile justice system, and then participate in a panel discussion and question-and-answer period about the film and the juvenile justice system.  The event also features Williams’ nephew Dominic Dupont, one of the incarcerated persons featured in the documentary.

“Raised in the System” takes viewers inside detention facilities, where Williams speaks directly with juveniles about their pathways into the system.  Williams also talks with incarcerated adults about how their experiences as juveniles contributed to their adult incarceration.  Finally, Williams takes viewers into an elementary school classroom to hear from young children about the impacts on their lives of parents and family members who are incarcerated.  The film also explores alternative models of juvenile justice—in places like Toledo, Ohio, and Richmond, California—that offer more hope for rehabilitation instead of incarceration.

The discussion will be moderated by Professor Jonathan Witmer-Rich.

This event is free and open to the public. Registrations are required in order to attend. Register Here. Charitable donations will be accepted, with funds to be used for scholarships for law students pursuing juvenile justice or social justice work. Questions? Email: cmlaaclenull@gmail.nullcom Please email cmlaa.csunull@gmail.nullcom if you are planning to attend. 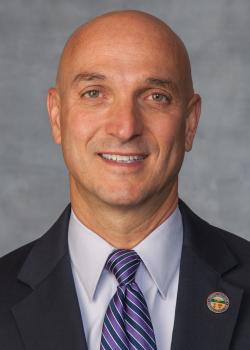 THE HONORABLE JOHN J. RUSSO is the Administrative and Presiding Judge of the Court of Common Pleas of Ohio in Cuyahoga County, which serves the Greater Cleveland Metropolitan Area. It is home to 1.2 million people (2010 census). Judge Russo has been unanimously elected by his colleagues to lead the Court every year since November 2013. 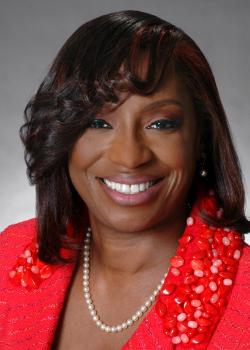 Tour the offices, meet current incubator lawyers and learn about the resources available to solo practitioners.

4:00 p.m. - 7:00 p.m
Brief remarks at 5:30 p.m.
Light refreshments will be served
Open to the public
Alumni, faculty and students are encouraged to attend. This all-day continuing education session will focus on United States Supreme Court cases and ties to Northeast Ohio and, in some cases, to the Cleveland-Marshall College of Law. Speakers will discuss the history of the cases and how these landmark rulings are relevant to and significantly impact today’s practice of law. We will have 4 interactive sessions totaling 6.25 hours of education (pending approval), interspersed with brief breaks: